Shiva and the Art of Revision 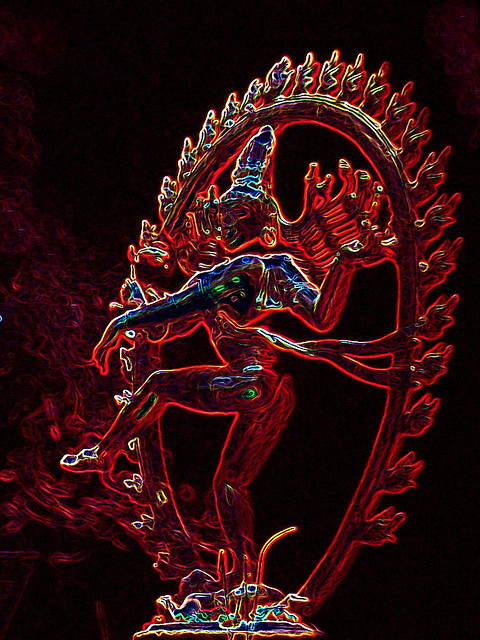 I’ve had a pretty good year so far with writing. Some of the pieces I’m churning out, I’m proud of, other stuff, well….not so much. The time has come for me to review several rough, first drafts I wrote earlier this year and turn them into polished stories. But how?

The question of revision plagues everyone at one time or another. In the past, I’ve spent many hours stumbling over words and sentences, tweaking lines here, adding words there. I found out soon enough that puttering around with words is not revising, especially if you have just one draft. This is where it gets hard. because revising should really be called ruinating or ransacking, how about gutting or upending? It’s like inviting Hurricane Shiva over for dinner. It’s painful to admit that I’ve painstakingly created, I must destroy.

Earlier this year, I sat in on talk given by author Robin Black. She gave us her philosophy about revision. The biggest mistake that beginning writers make, she said, is fearing dramatic revision. They tinker when they should be tearing down. According to Black, every story needs to be demolished and rebuilt. “If you’re doing this in your head, fine. But it has to be done,” she said.

But how, practically to do it? A few months ago, after reading Ron Carlson Writes a Story, I sent an email to Mr. Carlson and told him that his book was wonderful and had changed the way I think about writing. And then I asked him when was he going to write Ron Carlson Revises a Story?

After a couple of weeks, he thanked me for my note and said the following:

For now let this suffice: put the story in a drawer for ninety days.  Bring it out and read it aloud with a pencil in your hand. Frontload all of the great things from the last third of the story to the first third. Fix the dialogue so it doesn’t go clunk. Start the story somewhere on page two. Make one moment or two clearly imagistic (sensual) so that we taste or hear or smell, etc. it in a way that no writer has done before.

So far, this has been some of the most concise and sound advice I’ve gotten about rebuilding a piece of writing. I would like to add that in addition to this process, I also mark sections where I have back story and if there is more back story than front story, I make an effort to tip the balance back to front story.

Recently, a friend of mine passed along this piece of advice from Ploughshares, The Black Hole of Revision, which offers encouragement about the process and how to tell when enough is enough.

And lastly Rick Moody has published A Guide to Revision, which I if I could, I would re-title, A Guide to Refining (wait, did I just edit Rick Moody?) because I think the advice he gives, although excellent, is really for people who have already Shiva’d the shit out of several drafts and are ready to look at how their sentences and words are flowing together.

So now that I’ve written this post, I must take my own advice. I hope with this knowledge, I won’t be intimidated by my own power!

← The Quiet Solitude of Writing Away
Test Driving Literary Journals →

1 Comments on “Shiva and the Art of Revision”